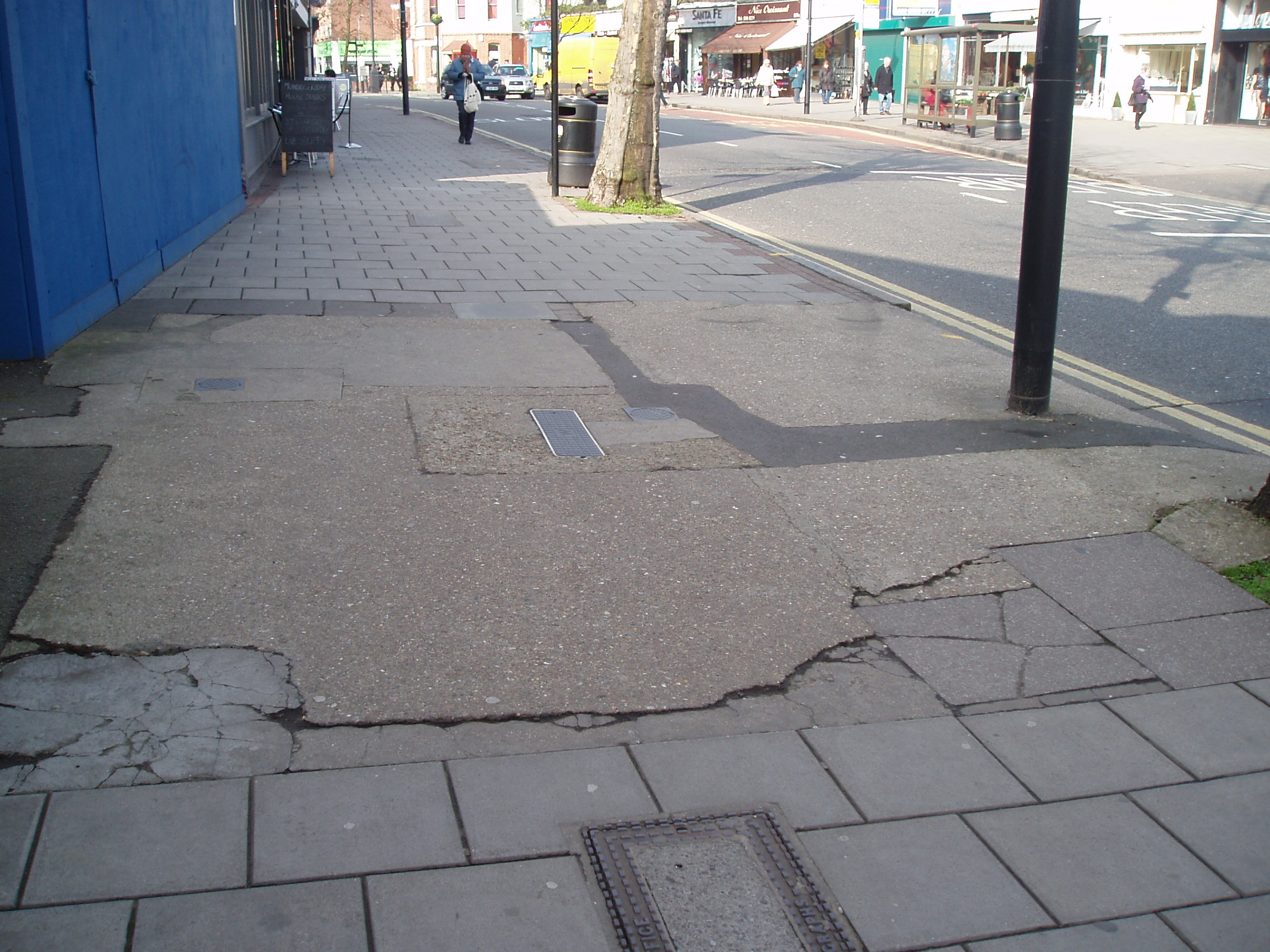 Many of our members contacted the Wanstead Society to complain about the poor state of the paving in Wanstead High Street and Cambridge Park. So, on the 21st March committee member Valerie Sayers kindly took up the campaign mantle and approached Area 1 Committee with some photo’s of the paving in question.

The Committee listened and agreed with the Society that the paving was in a generally poor state and in need of some TLC.

Work has since begun to improve the paving in Wanstead, starting in Cambridge Park. The Wanstead Society would like to thank the Councillors for listening to the concerns of our members, and for putting their hand in their pocket to pay for this much needed work. In addition the Councillors also agreed to pay for, and erect, some conservation area signs in the High Street to raise the profile of the areas conservation status – which it has had for over 40 years!

It just shows that when the Society speaks with one voice, we can make a difference to the area in which we live, and where there is a job well done we are prepared to say so. There is still much to do, but a small piece of good news in these hard times.